City: Bogota Country: Colombia Loan Use: To buy showcases and improve the conditions of the business
Loan Term: 36 Date Posted:  First Repayment: May 21, 2019 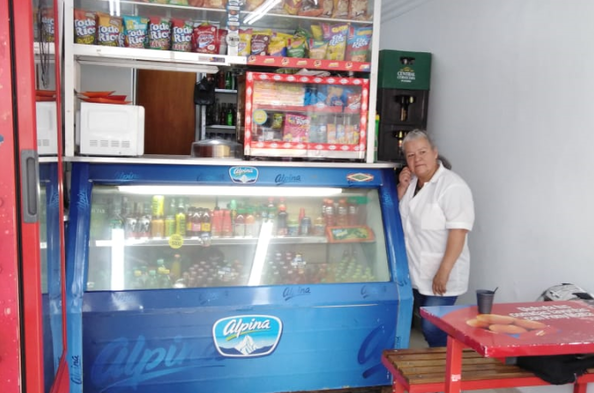 Ana de Dios lives in Bogota, Colombia, with her daughters. She is a hardworking mother and entrepreneur who has spent her whole life struggling for the sake of her family and her dreams. Ana de Dios operates a grocery store, where she sells a variety of products such as drinks and snacks. Despite her dedication, Ana de Dios wasn’t able to make enough sales to reinvest her profits into improving her store. Without the ability to improve the conditions of the grocery store, Ana de Dios was unable to attract more customers, and her business stagnated. Everything began to change for Ana de Dios when a loan officer from Opportunity International visited her neighborhood and told her about the organization. Ana de Dios decided to join. After completing financial literacy training, she received her first loan, which she used to buy showcases for beverages and make other improvements to her store. Ana de Dios has increased her sales and is happy with the investments she’s made. She dreams of expanding her grocery store further and becoming recognized in her community for her work.