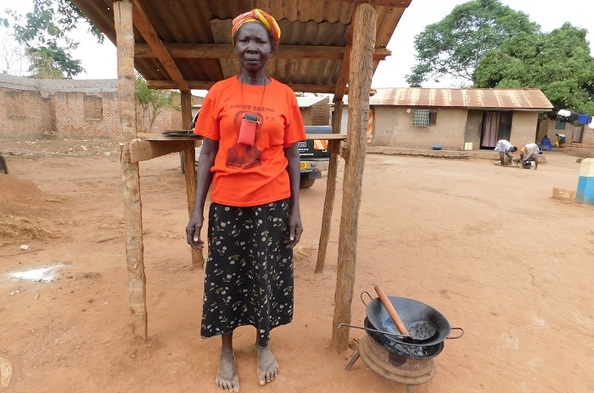 Filda Ameya lives with her husband, her four children, and their six grandchildren in the city of Lira, Uganda. For many years, Filda has gotten up at dawn to make food that she sells to the schools in her community. However, when Filda's husband had a stroke and became bed-ridden, she became the primary breadwinner for the family. Tragedy struck again when some of Filda's children passed away, and Filda became the sole caretaker for her grandchildren. Filda knew that paying for all of her grandchildren's school fees was not going to be possible unless something drastically changed in her financial situation. Filda regained hope when her friends told her about the loan and valuable financial training she could receive from Opportunity International. She used half of her loan to pay for school fees and invested the other half in growing her business. By building a shelter for her business and purchasing her ingredients in bulk at a lower cost, Filda was able to increase the amount of food that she could make and sell to the schools. Filda's business profits have grown, and she is grateful that she no longer struggles to afford food for her large family. She is excited to use her new-found entrepreneurial spirit to open up a second business managing rental units so that she can generate a more stable and permanent income for her children and grandchildren.