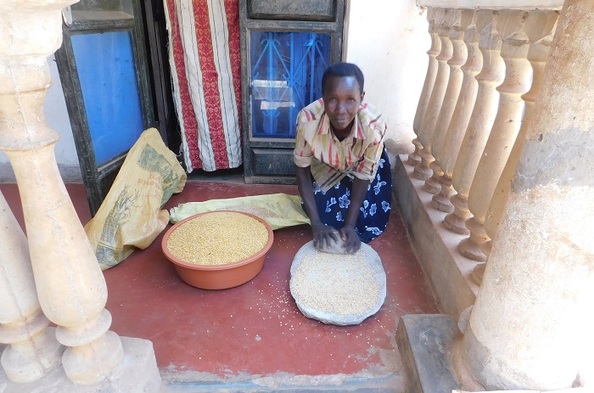 Janet Apio is a hardworking single mother of four who lives in the city of Kakoge, Uganda. Janet is passionate about nutrition, and for many years she has operated her own business grinding grains to sell to customers who do not want to purchase machine-processed foods. However, being the sole provider for her four children, Janet found it difficult to support her business financially while also paying for all of their needs and her children's school fees. Without any extra money to spare to invest in the expansion of her company, Janet felt stuck. She found the solution she had been looking for when she heard about the loan and financial training she could receive from Opportunity International on the radio. With her loan, Janet was able to pay her children's school fees immediately so that her future profits could be invested back into her business. She was excited to see how her business grew immediately and how her family's standard of living has greatly improved since she received her loan. Janet looks forward to expanding her business further so that she can buy a plot of land to build a house for her family.