Give
OTHER WAYS TO DONATE 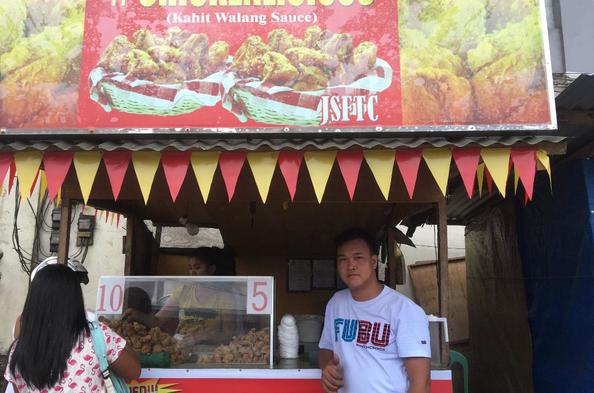 Jeffry Abenojar’s motto is “Believe in yourself, push your limits, experience life, conquer your goals, and be happy.” He lives in Leyte, Philippines, where he operates a fried chicken business. Despite his motivation as an entrepreneur, Jeffry struggled to grow his business due to a lack of capital. Everything began to change for Jeffry when he decided to join Opportunity International. After completing financial literacy training, he received his first loan, which he invested in his business. His sales increased and he started hiring employees. Now, Jeffry employs 10 other people and has opened a second branch of his fried chicken business. He’s still dreaming big. Jeffry wants to expand his franchise and open additional fried chicken branches across the Philippines.