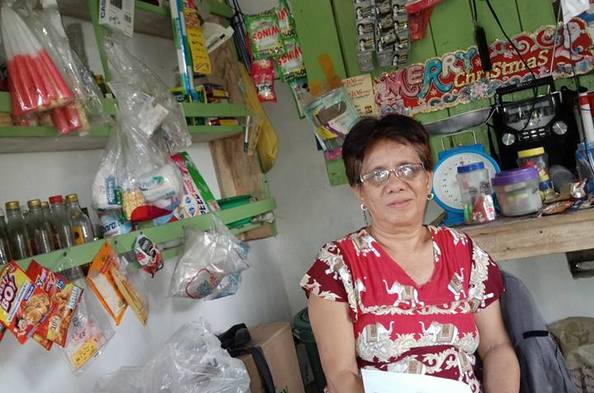 Leonila Saligan lives in Bohol, Philippines, with her husband and their five children. Many years ago, Leonila opened a small general goods shop to provide for her family. However, she struggled to maintain a profitable business because there were many competing shops in her town. Leonila wanted to expand her business to keep up with the competition, but she didn’t have the capital she needed. The money she had saved to invest in her business she needed to buy food and school supplies for her children, instead. Leonila found the financial partner she needed when a friend encouraged her to join Opportunity International. After completing financial literacy training, Leonila received her first loan, which she used to purchase additional inventory for her store. With a wider selection of products, Leonila attracted more customers and increased her sales. She continued to expand her business so that she could save for her children’s education. Because of her partnership with Opportunity, Leonila says, she was able to send her three oldest children to college. Leonila plans to invest in her community so she can help her neighbors achieve their dreams, too.